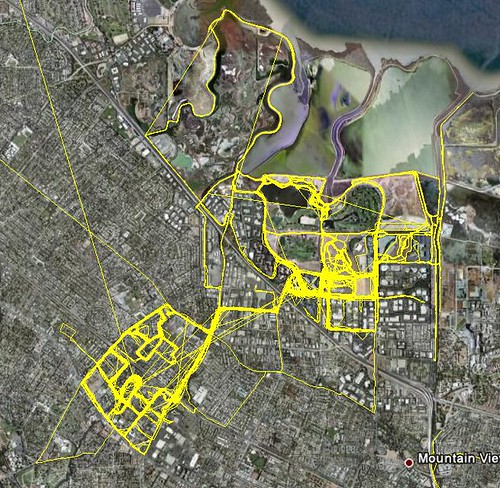 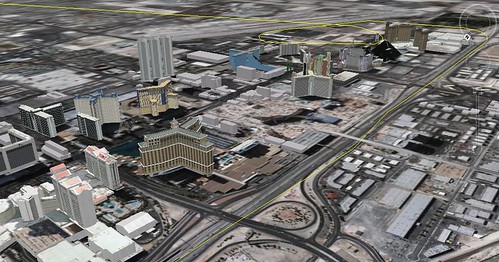 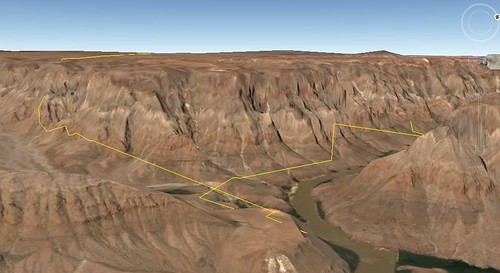 Since I moved to the US I’ve really enjoyed having a Skype phone as my main phone at home.  It has been incredibly cheap, and obviated any of the hassles involved with a regular land line (such as installation and the fact you can only make/receive calls in one place!).  However lately I’ve been enjoying Skype video calls.  The last few weeks I have combined Skype with streaming video to watch the game played in heaven, rugby union, with my friends back home.

First I used my Dell M1330 which has a built-in microphone and webcam.  I picked up this laptop for a measly $530 from Dell on sale which was an amazing deal.  Next I used my Mac Mini hooked up to my HDTV to stream the game.  I paid $4.99 to watch the game live from www.mediazone.com and then used VMWare Fusion to allow me to watch the DRMed file using Windows Media Player on OS X.

Minor points that made this experience really great:

The other great use of Skype video calling was the ability to play Rock Band more collaboratively (the game lacks any method to interact with the other players, not even voice within the game menus!).  Sadly the experience there wasn’t as immersive as there is always a 1 second delay on the audio which is quite distracting.  Otherwise, the future is here!  Who knew when video calling came it would be completely free (aside from equipment)…

My first example is the Nike Plus running kit. How does this fit ubiquitous computing?

Perceptually Invisible
The Nike Plus running kit has two parts to it.  The first is the receiver that attaches to your iPod.  It is relatively compact, and many armbands and pouches for the iPod have been designed to accommodate it, so it is not noticeable.  The second part is the sensor for your shoe.  If you buy a pair of Nike Plus shoes, it already has a space in the shoe for you to insert your sensor, where you’ll never think about it again.  If you have other shoes, you can buy a “shoe wallet” that holds the sensor.  Again this is unobtrusive, and I never even think about the fact that I have the sensor in my shoe.

One nice touch with regard to the sensor is that they spent a lot of time building smart energy saving routines into it.  This means that although the battery is not user replaceable, it should last years (a new kit can be had for as little as $15 on eBay anyway).

Functionally invisible
Another clever part of the software Nike developed was calibration routines.  Out of the box, the device is fairly accurate, and after a single calibration session, I found it to be within 2% accuracy of my GPS running watch.  What this means is you don’t even notice the fact it is a pedometer – to the user it just works, and gives you your distance.

Another way in which the Nike Plus kit is functionally invisible is its integration with the iPod and iTunes.  I use my iPod as I normally would while running.  When I sync my songs on iTunes, in the background it uploads and formats my run information to the Nike Plus website.  If I am entered in any competitions it updates those.  I choose when I want to look at my stats, and I never have to think about collating them or accessing them (unlike Garmin’s efforts).

Accountable
By “accountable” I’m referring to a property of design which I defined in my thesis.  For a design to be accountable, it appropriately presents information about itself and how it works to the user.  One difficulty in ubiquitous computing is providing embedded computing that automagically performs actions, while not obscuring how it works to the user.  Users rarely use designs in the way the designer intended, and by exposing how something functionally works you can assist the user’s understanding of the design, and assist with their appropriation.

The Nike running kit is very open with how it works (an accelerometer and wireless system), provides the data in an easy to read format (it has already been used in many academic projects), and allows for calibration of the sensor (while not requiring it).

Inexpensive
This is simply – the kit costs only $30 SRP, but can be had for far cheaper on eBay or sites like Eastbay.  It is amazing how many people I know (I can think of four in my extended family alone!) who have bought the kit after finding out how cheap it is.

But the real question is – is it useful and does it work?  I was talking with a colleague yesterday about his running, and he was saying that after a coming competition was over, he knew his motivation would flag.  Since using the iPod running kit, I found my running increased by a factor of 4 thanks to the competitive motivation.  I get to “go running” with my brother who lives in Australia.  Everyone I know who has one is still using it.  I’m here writing about it on my  blog!  That to me seems like success.

I was happily surprised when I saw this video.  I was sent it by Miles, and I think it is an outstanding example of ubiquitous computing.  Amazingly it’s also several years old now, and part of Johnny Lee’s work at Carnegie Mellon University.

For those of you who can’t watch the video, it’s of a new type of projector calibration.  By embedding fiber optic sensors into the edges of an object, any standard commercial projector can then be automatically calibrated to perfectly project an image onto that object.  It is quite amazing to watch.

Normally I’m a philosophy-first ubicomp kind of guy, and prefer projects that focus on the human effects of ubiquitous computing.  However, I’m not an idealist and I realise that technical innovation is a fundamental requirement of the field.  However I still believe some of the best technical achievements are in reusing existing technology in novel ways.  This is a perfect example of this.  In particular, there are three things that I think are done right:

First of all, they focused on a single problem at hand.  Achieving computing potential embedded invisibly still requires a means to interact with that potential.  Finding new ways of getting information displayed on everyday objects is a huge step forward, and previously was a pretty hard task.  It required custom screens, or complex manual configuration.  Solving a single problem provides a design pattern for others to use and extend upon (and then worry about the user experience).

Secondly, the technology itself is simple.  Fibre optic sensors mean the system should be robust and cheap.  There are not a lot of different sensors which could break, nor is there a complex system with fragile dependencies.  Most of the magic is done in the software which allows for further improvement and customization, as seen by the later project:

Finally, the technology is off-the-shelf.  This project used a single embedded chip, plus a regular projector and some custom software.  Sounds like something both easy to hack up yourself, and to commercialize for other people.  This is a very nice comparison to a system like Microsoft Surface, which is full of proprietary components.

This functional and technical simplicity in turn achieves two things.  One – it means the technology itself is cheap, and two, it is reproducible.  Ubicomp needs to drastically lower the cost of entry to continue rapid expansion and adoption.

With micro-projectors becoming more popular, I’m really looking forward to commercial implementation of such a system.   While there are some shortcomings (such as the brightness of the projected image), this is still a lot more immersive than fiducial markers.  This is the exact type of technology needed to allow ubiquitous computing to be useful to mainstream, commercial applications.